The single “Brothers” by Kanye West featuring Charlie Wilson was premiered Tuesday night on Irv Gotti’s BET series Tales. The song was co-produced by Gotti and 7 Aurelius. Tales is on its 2nd season and has been receiving a lot of praise. Premiering West’s single during the first episode was an epic idea.

During Kanye’s verse, he asks for forgiveness because of a disagreement with someone he refers to as his “Brother”:

“There is a lot of speculation right now on who is Kanye West rapping about on the song brothers,” Gotti writes on Instagram. “Listen. And decide for your self if you think Kanye is rapping about Jay Z or Virgil. Both Ye’s Brothers.”

Listen to “Brothers” and see for yourself if you think Ye is talking about Jay-Z or Virgil! 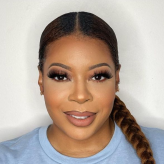